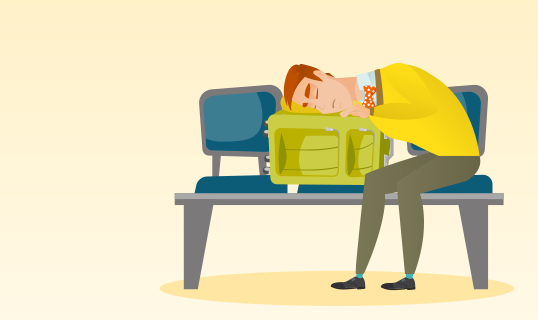 There is no question that when it comes to labor, it’s a leaner world out there. But, if you think your on-property labor problems are bad, they pale in comparison to the airline industry. Flight disruption has become a near daily occurrence and countless passengers have been left stranded. But as the saying goes, one man’s problem is another’s opportunity. In amongst all the disorder and chaos, hotels have a prime opportunity to accommodate inconvenienced guests – and increase their incremental revenue in the process.

No Clear End in Sight to Widespread Flight Disruption

Flying can be a headache at the best of times. Between making sure your suitcase isn’t an ounce over 50 pounds and rushing to your gate before the doors close, air travel can be stressful. Now, post-Covid, the whole air travel experience has exponentially gotten a lot worse for travelers. Airline staffing shortages have caused momentous operational meltdowns forcing delays, the cancellation of thousands of flights not to mention severely disgruntled and weary travelers.

It is reported that US airline flight delays are at record levels and the chances of finding yourself stranded at the airport are impossibly high. Data shows that in total, 128,934 flights were cancelled in the U.S. from January to July. In addition to this, nearly a million flights have been delayed so far this year. Widespread flight issues are becoming a near daily occurrence – and aren’t going away anytime soon. U.S. Department of Transportation Secretary Pete Buttigieg recently said that he expects the current issues to persist through Thanksgiving and into Christmas. Across the pond in Europe, they are predicting a longer timeline and don’t expect to see much improvement until after March 2023.

With a massive shortfall in workers, airlines are trying to minimize future disruption by reducing the frequency of some regular routes, while others are being completely axed. American Airlines has already said it plans to cut more than 29,000 flights in November, and Delta is cutting more than 4,000 flights – all of which just adds further pressure on alternative routes and airlines.

The Holiday travel season is expected up to be an even bigger nightmare than usual in 2022. But, amid all this chaos, hotels have a prime opportunity to step in and provide weary travelers with some respite

Hotels Can Capitalize on the Current Airline Industry Chaos

Travelers can pay extra for a better travel experience but, whether you are in first-class or economy, no one can buy their way out of a delay or cancellation. And certainly, no one wants to spend longer than they have to in the airport. But people will always pay for things they need – in particular, a place to stay. So, guests who would not normally find value in stay extensions such as a late check out may be more inclined to spend.

With the alternative is waiting for 6 hours in an airport, on-property guests will find value in extending their time in the comfort of their hotel room.

Likewise, cancellations are causing passengers to board new flights at varying hours from early morning to night, meaning some guests may now arrive much earlier than what would have been their preference. A guest whose flight is rescheduled to a red eye will certainly pay to check-in early and get some much-needed rest from all the extra traveling.

When air travel was more predictable, guests may not have believed that pre-booking an early check-in or late check-out would be valuable to them – it just wasn’t necessary or a necessity. But flight disruption has become such a consistent issue for travelers, they are now are more anxious about the travel experience. Guests are now more likely to be proactive in preparing for potential delays and cancellations and will pre-emptively go ahead and book and early check in or late check out “just in case.” Plus, limited flights may simply mean arriving and departing when it is least convenient.

Comfort and Peace of Mind Have Monetary Value

It seems, flying anywhere in the next few months will likely be a precarious and unpredictable experience. However, your guest’s stay does not have to be. Getting in and arriving early in the morning and not being able to check in is frustrating, as is checking out only to find out that you now will be at the airport all day.  Comfort and peace of mind have monetary value.