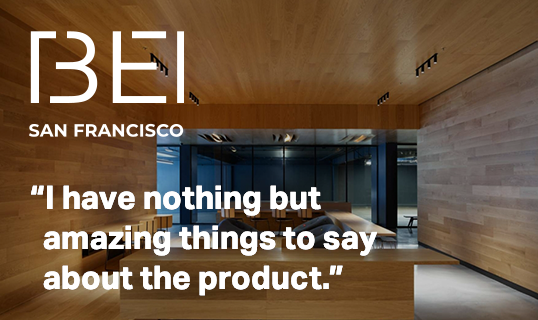 Every new software business has many needs, but few are as important as your first pilot customers who trust you enough to try a new product in their business.

We recently caught up with one of our good friends and first customers, Ryan Kurasaki- Maru, the Director of Revenue Management at BEI Hotel San Francisco. In the heart of downtown, this 396-bed property was one of the very early adopters of ROOMDEX. Nearly three years on, we’re back to find out, why did they decide to try out this new solution and how it has been performing.

Why did you decide to go with ROOMDEX?

We actually knew Jos through StayNTouch PMS at my previous property, when I was at the Yotel, San Francisco (Jos Schaap, CEO and Co-founder of ROOMDEX was previously CEO of StayNTouch). I’ve always been one of those people that likes to try to be a little bit ahead of the game, try to get some of the newer start-up technology into the hotel properties that I’m in. So, when I transitioned to the BEI property, Jos had reached out to me and asked if I would be interested in their product called ROOMDEX. We went to the demo and he explained everything. With my background with Yotel, experience with StayNTouch PMS and start-up companies, I was super excited to be one of the early adopters of ROOMDEX.

For me, it fit into the model of what I try to do with my properties – to be ahead of the curve a little bit. I had used other products, and other upsell platforms, and I didn’t love any of them really. When ROOMDEX came in, it was no brainer. 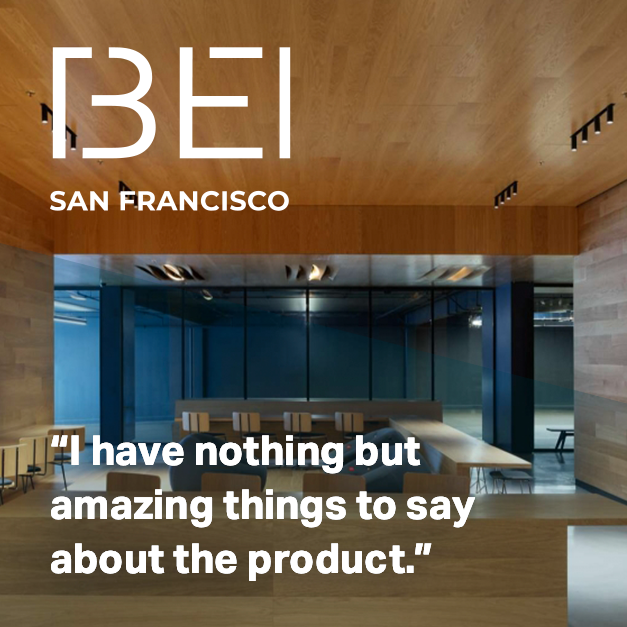 What is it that you didn’t love about some of those other products that somehow has been resolved by ROOMDEX?

With ROOMDEX, the one thing that I really appreciated was that it took out a lot of the manual processes from an operational standpoint. With other solutions, you have to click into an extranet to accept the upgrades and then go “action” the items once you have accepted the upgrades. Whereas with ROOMDEX, they read your inventory, see what room types you have available, what rooms are clean and ready for early check-in and they use that in their system to confirm the upgrades for you. ROOMDEX takes the work out of it. If you’re going direct to the consumer, whether it’s an early check-in or room upgrade or whatever product you’re trying to sell to the guest, ROOMDEX confirms it and it puts it straight into the system – that takes out a huge piece of the human error that usually comes with the manual upgrade process. Also, the ability to sell to different customers was a big thing for us too. ROOMDEX reaches customers from the OTAs such as booking.com and Expedia, which is a huge thing for us.

When you arrived at BEI, were they using a different upsell solution or was it manual?

At BEI, I think they had the intention to have a upsell product of some sort. ROOMDEX came in at a great time for us. It helped streamline upselling as well the operations side of it. We didn’t need to have extra staffing to be able to do the upsell program, which is a huge benefit for us because it saved us on payroll along with the actual additional revenue that we’re getting in from what ROOMDEX is selling. All of those things combined was a win-win

for the property, win-win for ROOMDEX and with a trial period too, we could see how it was performing and it’s done great for us. I had no objections going into it, but the ability to prove the ROI and to see the numbers that were coming in during the trial period was a big solidifying piece for me to sell to our management team and our ownership.

What ROOMDEX upsell products is the hotel currently using?

We have the early arrival/late departure and we do the room type upsells. We’re looking at potentially adding in a food and beverage component, as well as potentially a parking credit.

Have you had any kind of operational conflicts or reactions since you started with that particular product?

I think there’s always hesitancy for change, right? Luckily for me, my operational background before revenue management was both housekeeping and front desk. So, with that experience I was able to speak their language when I was talking to those departments. Similarly, housekeeping has never been an issue for us – the early check-in, we have never had a problem with that.

I try to keep my line of communications open anyway with my reservations and revenue management team to the front desk and operations team. And they could see the benefits, they could see the revenue that is coming in as well as the ability not to have to move around room types as much. We do have a decent amount of upgrade room types here, so they began to realize they don’t have to work as hard for upselling upgrades anymore. It is sometimes important to remember that operations is very in the day, for the day. They want to check this guest in at this moment. On the other hand, revenue management and reservations are very forward looking. ROOMDEX sort of bridges that relationship as it forecasts inventory availability way out so it can make day-to-day room upgrade offer decisions.

ROOMDEX can now install in an afternoon and get people up and running. But being one of the early adopters what was the set up like for you?

It wasn’t bad. It was probably less than a week for us to get set-up and that was more just because we were jumping on calls and making sure like the back-end stuff was working. We were a pretty early adopter of the product and I remember talking with some of the developers, and I was happy to troubleshoot with the team. But, honestly, I can probably count on one hand how many issues we had. For me, that really spoke to the quality of the product, the depth of knowledge from the development team and just how well vetted the product was while we were working with them during the trial period. I think nowadays you can install in a day. For us, I think it took maybe two, three days spread out over a week – but it wasn’t a long process by any means.

San Francisco’s hotel recovery from Covid is lagging a bit compared to other markets. How does that impact your stay extension upsell performance?

Pre-pandemic, on Sunday our arrivals used to start, especially for Business Travel. Business Traveler’s would get in on Sundays, stay Monday, Tuesday, Wednesday and then get out by Thursday. Now it’s compressed, to Monday, Tuesday and out Wednesday. Every industry has learned that they can streamline the business of what they’re doing. So, instead of getting like the shoulder dates that we were getting before, that was leisure, where guests come in on Sundays and mucking around San Francisco for that extra time, we are now seeing that compacted just to Monday, Tuesday. For our business model, our Sundays are actually kind of dead now. So, for late departures, we now have a lot more availability than we did before. In a business transient type of property city center, it is harder for us to turn the rooms when we have like heavy check-ins on Sundays, and also a heavy checkout day on Sunday. But now that’s not the case, we have a lot more availability to offer some of those late checkouts – and the same thing for Monday. With all the checkouts on Sundays, we can turn those rooms over on Sunday and have all this availability for Monday for early check-in. We have more availability to offer early check-in and late departures on certain dates because of the lower occupancy. Whereas, if we were running our typical 90 plus occupancy, it would be a lot tighter, and we probably wouldn’t have as much availability because the turnarounds would be a lot tighter for us.

What would you say to other colleagues who are considering an upsell solution?

I like the ability to talk to the product team. One of the things, and as we all know with other companies or providers that have become so big, that trying to talk to anybody is like pulling teeth. For me having a contact, being able to directly talk to the market manager or product manager, and say “Hey, can I pick your brain on something” and they respond right away. The level of customer service is way above and beyond. And it’s what hospitality should be, right? It is what you expect being in the industry. I appreciate that. I like the fact I can catch up and see what you guys are working on and what your roadmap is for other different and new things. I like that I am asked if I have any suggestions on the product, any thoughts, feedback. I like that I met the team and I have that relationship from day one. Seeing the food and beverage offering has been rolled out, something that I had brought up in the beginning, is awesome. To see that in action, just tells me that ROOMDEX takes that feedback can action it. Whereas, with other solutions, for them to do the same thing, it’s not as quick of a turnaround. I have nothing but amazing things to say about the product. A friend and colleague of mine in another hotel is eager to implement ROOMDEX and get the additional revenue stream going. I mean the product speaks for itself – it always has. And the team that you guys have is great. We’ve seen hotel technology evolve over the years and ROOMDEX are at the forefront of that.