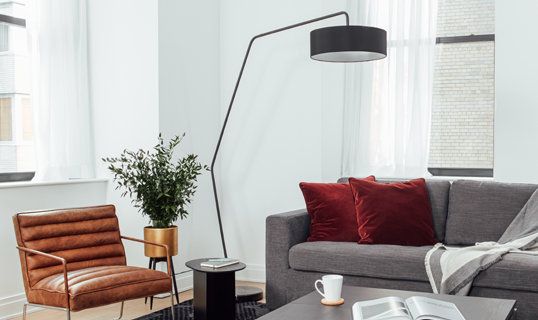 Mint House at 70 Pine inhabits an art-deco landmark just off Pearl Street in the heart of the Financial District of NYC. Formerly owned by Lyric, the location at 70 Pine was acquired by Mint House and was launched as its flagship property in the city back in November of 2020, right in the middle of the pandemic.

But while most of the hospitality industry languished throughout 2020, Mint House saw terrific growth. Immediately after launch, Mint House saw occupancy rates steadily rise, and by June, 84% of Mint House’s rooms were booked. Since launch hotel has averaged 80% occupancy. Motivated by this success, the parent company doubled down and grew its portfolio by over 50%.

Their performance can be somewhat attributed to how they differ from traditional hotels. Mint House offers products similar to Airbnb’s, while still offering similar features as a hotel – features that became highly sought after during the pandemic. Instead of flying in for a quick meeting, workers and travelers needed a place to hunker down and work remotely. During the height of the pandemic, 81% of Mint House guests were working remotely. And to cap it all off, the hotel has recently been named the No. 1 U.S. hotel in 2021 by TripAdvisor users.

Mint House has found success by innovating to stay ahead of the evolving needs and expectations of today’s travelers. One of those innovations was the activation of ROOMDEX’s Upgrade Optimizer. We caught up with General Manager of Mint House 70 Pine, Justin Ellison, to find out how the integration of RoomDex’s upgrade and upsell platform is working out as the industry reopens.

So, Justin, what was the impetus to look for this type of revenue enhancement software?
The main objective was to be able to maximize revenue and balance out inventory prior to the guest arrival. A lot of times we have unused inventory for our premium room types that are either just going to sit vacant or won’t have a chance to be sold until arrival – I’m really relying on the front desk being able to verbalize that sell. But, if we’re able to proactively offer even a slight discount to move those rooms prior to arrival, it’s a win-win; it’s a win from the guest experience because they feel like they’re getting a deal – and from the hotel side, we’re going to be increasing revenue and selling those higher category rooms that would otherwise sit vacant.

Were you using a different kind of software or was it a manual system prior to this?
We were not using any other programs, it was all manual. Upselling was 100% reliant on our front desk agents to look at the inventory available and offer an upsell at that point in time.

How did you feel about the efficiency of that manual process?
The manual process is hard to streamline, and it’s hard to offer a consistent guest experience because each person is going to be different. It also opens the door for human error. Automated upselling wasn’t really an option when we were working with our previous, outdated PMS system. When we transitioned to StayNTouch in March, it opened the doors to a lot more options, including integration with ROOMDEX.

With ROOMDEX in place, you are now offering early check-in and late checkout services. How has that performed for you?
It’s surprisingly doing well. And even from an operational standpoint, it’s been easy.

The key word that I heard there was “surprisingly.” Can you expand on why you were surprised by its success?
From a hotel operating perspective, I always want to under-promise and over-deliver, right? So, I want to make sure that if I’m selling that early check-in, I’m going to be able to deliver on that promise. There are always things that are going to be out of my control. If somebody decides not to leave their room on time early in the morning, no matter if I have housekeeping ready to go, I may be setting myself up for failure if I sell an early check-in. But with ROOMDEX, we really haven’t had any operational conflicts like that. Everything just works. Of course, it also helps that we are able to set time limits so we’re not selling early check-ins too early in the morning. We have it set to start at 10:00am. So, it’s still early enough where I feel comfortable that I can flip a room by 10:00am to get it ready for that guaranteed early arrival.

How do you feel about charging for this stay enhancement? A lot of hotels are kind of queasy about charging for such services. What is the guest reaction?
They are buying it. I mean, if someone is traveling for business and they’re coming in on a red eye, obviously they’re going to want to get to their room first thing in the morning. And historically the only option they could rely on was to book the night before on rack rate, which can be two, three, $400 depending on the night. But with ROOMDEX, the guests can pay for that early check-in, know that the room will be there and not have that high cost associated with it.

How have room upgrades performed as occupancy rates have changed? Have you found that your performance for your upgrades is continuing to rise as occupancy rises?
It’s been interesting to watch. If we have a more group business, who predominantly take all of my standard rooms, I can only really sell upgraded rooms. But if I’m looking at normal days, where I’m not so heavy reliant group, it works more to our favor. Rather than balancing inventory and just providing a comp upgrade on day of arrival, I can sell 1, 2, 3 of those prior to arrival at a discounted rate for maximizing revenue or balancing inventory, and it still leaves premium rooms and standard rooms to sell last minute. But I think probably once Q4 rolls around, it’s going to be a different traveler. We’ll have a lot more leisure travel coming in, so it’ll be interesting to see how performance evolves.

I also wanted to touch on personalization. If you book an airline right now, they all offer really low prices, but that’s not the price you pay because you end up building the extras that you want into your flight. So do you see the same guest expectations in the hotel business?
Definitely. I mean everybody wants to have that personalized experience. If we can create a “menu” that serves me and my travel plans when I’m booking, that’s obviously going to be ideal. Yes, you’re going to have those guests that want everything “free” or at least pre-bundled, but you also have those guests that know that if they want something specific and if it can be “set-up” automatically prior to arrival, I think it enhances the guest experience 110%. If you know exactly what you’re looking for coming in – like an early arrival, you’re going to book it. If you want that extra space, you have that option. If you want to stay later, I’m giving you all of those options ahead of time without having to contact the hotel.

How long was the ROOMDEX set up? And then how soon before you saw your first revenue?
Set-up was not that long – I would say maybe two or three days (total time spend give or take 2 hours). In terms of revenue, we saw it pretty quickly actually. I would say within the week of going live – maybe the first two weeks going live, we started to see nice results. After about a month, we hopped on a call with Jos (Schaap, ROOMDEX CEO), and he said, “Hey, I think there’s an opportunity to increase rates here, decrease rates here to get a little bit more buy-in.” And since we’ve made a couple of adjustments, we’re kind of cruise control now.

Last question: Would you recommend ROOMDEX to your colleagues in the industry?
Oh absolutely. The thing that I like most about it, once we set it up, I don’t have to think about it – everything’s automated. We started receiving the weekly and monthly recaps that show how many upgrades we did, the ROI for the month, etc. With that info, we have been able to tweak upgrade amounts for the check-in rate and check-out rates, just to see if we can maximize that revenue stream as much as possible. But otherwise, it has really just been “set it and just forget it.”  It’s working well for the guest experience and has increased my revenue. It’s a win-win.